The international campaing Wind & Water Works was launched at the end of 2017. The purpose of this campaign is to put the Netherlands on the map as the expert in wind energy at sea. Because the Dutch approach to Wind & Water ‘Works’.

Ridderflex joined Wind & Water Works and thinks along: How can we bring the successful Dutch approach and expertise concerning offshore wind energy to other countries?

The Wind & Water Works campaign was launched during the Masterclass Wind Energy at Sea. Ten host countries came to the Netherlands to be inspired by the Dutch approach of wind energy at sea. Especially the spectacular drop in the price of Dutch wind energy drew a lot of attention. The prediction is that there will be a lot of extra employment in this sector in the coming years. With a growing demand for people and techniques to realize these ambitions.

The Wind & Water Works campaign was developed by communication agency GH + O, at the request of the NWEA, HHWE and IRO, TKI-Wind op Zee branch organizations, TenneT, NMT, the Siemens, Van Oord, Boskalis and SIF companies and the Ministries of Economic Affairs, Foreign Affairs and the Government service for Dutch entrepreneurs. Ridderflex has joined this beautiful campaign, to think about how we can show the world how the Dutch make wind energy at sea a success.

We excel in the production of custom-made plastic, rubber and polyurethane products. 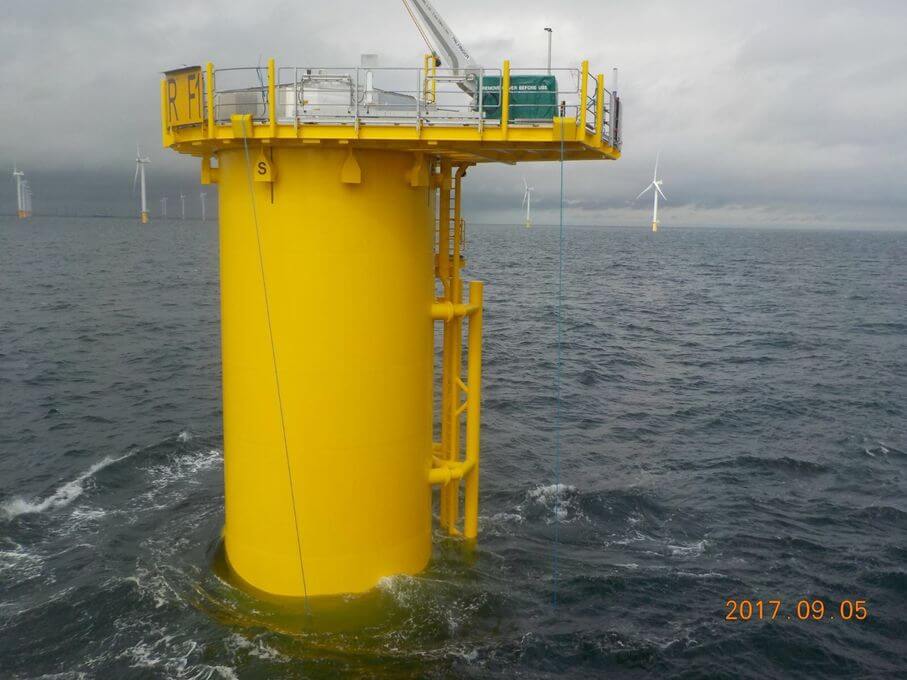 Recently, Ridderflex completed a nice project for GeoSea (part of the DEME Group): producing customised polyurethane hang-offs and plugs. Ridderflex was also involved in the finetuning and testing the products.

‘Can you make an elastomeric bearing pad that meets our strict requirements?’ With this question Seaway Heavy Lifting approached us recently. They indicated that the product had to be used for the installation to 84 wind turbines of the Beatrice Offshore